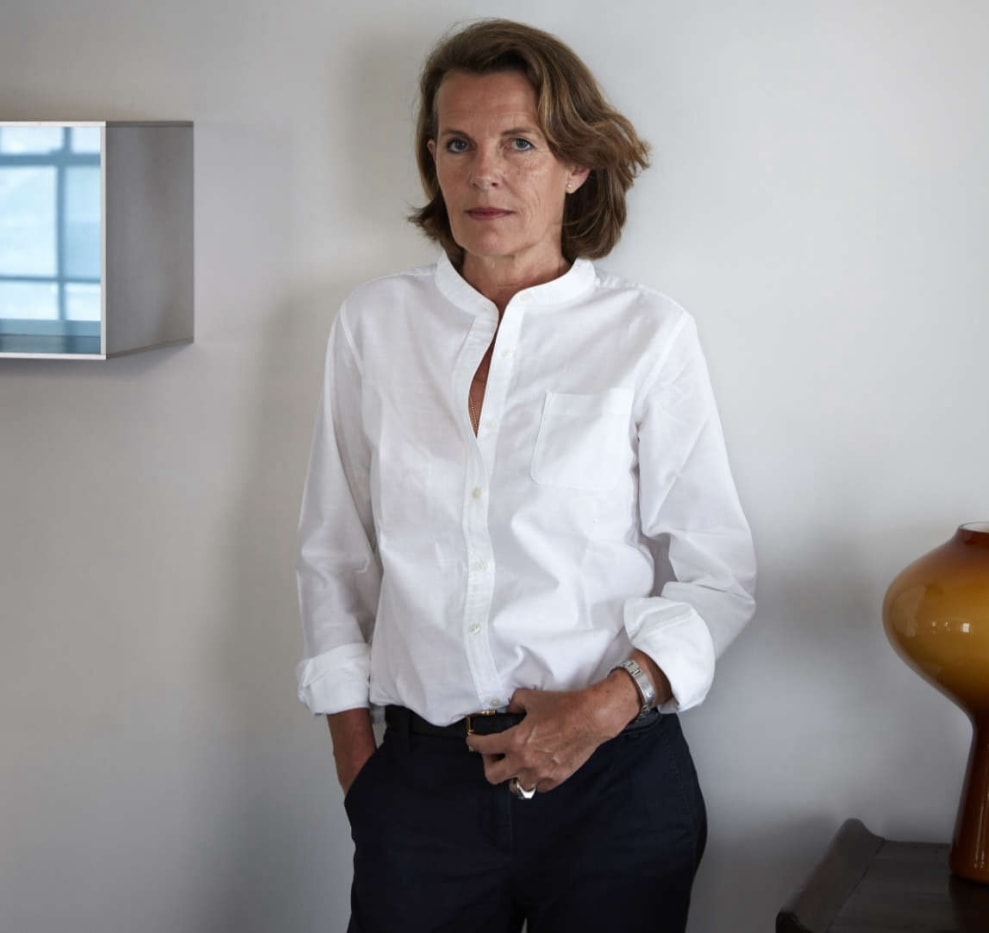 Vica is furnishings, lighting and accessories by Annabelle Selldorf, distilled over three decades of award-winning architecture and interior design.

Born and raised in Cologne, Germany, Selldorf founded Selldorf Architects in New York City in 1988 and conceived of furniture from the start, to fulfill specific needs in ways that the market could not match either in character or quality.

Defined by a fundamental logic and expertly made. Vica is form, function and elegance, carefully proportioned. Created for the people and places that bring design to life.

In the early 1950’s Selldorf’s lively and gregarious grandmother, Vica-Maria, founded an eponymous retail and design emporium serving local clientele in Cologne. Producing original decorative goods and interiors was a family endeavour. What Selldorf’s father and mother, aunt and uncle, designed was fabricated in the family workshops. At this time, the Vica label appeared in a flowing script against an emerald or sometimes aubergine background.

Vica by Annabelle Selldorf is memory writing itself. Modernism and memory in balance.

Vica-Maria was known for her exquisite taste. Divorced and widowed by 1939, she was stylish and independently minded. Following WWII, she recognized an opportunity: if she could help others to decorate their homes, it might help lift the gloom of war. She founded Vica in 1951 to do just that.

The business grew by word of mouth, selling dishes and vases, and specialized fabrics to a local clientele from a shelf-lined storefront down a little street, opposite the great Cathedral of Cologne. Selldorf remembers spending afternoons there as a child. Selldorf’s family worked in the lofty, upstairs offices where the team began designing accessories, furniture and interiors. One discrete label united this diverse emporium of goods and services.

Various workshops flanked a “hoff,” or courtyard, at the family home on Pellenz Strasse. Woodworking, metalwork, locksmithing, upholstery, painting and basket weaving created an all encompassing world. The family lived upstairs and moved through all these spaces. “Designing was very material, it wasn’t abstract,” says Selldorf. The hoff’s lively assortment of trades made Vica a one-stop shop for all things home.

Following Vica-Maria’s death in 1959, the company changed. Selldorf’s father Herbert, who had trained as a carpenter and was, along with Selldorf’s mother, actively involved with Vica, expanded the family quarters by adding a modernist penthouse and roof garden. Accessed by a spiral staircase and illuminated by large panes of glass, it evoked architect Le Corbusier’s 1922 design of a live-work studio for French painter Amédée Ozenfant.

Furniture designed by Herbert for Vica and family heirlooms filled the living space, impressing the young Selldorf, as did works by local artist friends such as Hans Trier and members of the Cologne Group Informel. Cologne was emerging as a cultural center, and captured the sense that Germany was now actively engaged in a collective experiment to modernize.

As the decade drew to a close, the German economy slumped which effected manufacturing. Vica at first outsourced to Italian factories, and was liquidated soon thereafter.

Years and a continent away in her own practice headquartered in New York, Selldorf would revisit these memories. With every commission, furniture pieces and architectural designs met in ongoing dialogue until it became evident that a line had been drawn. Engaging her father Herbert in conversation around 2004, Selldorf reconsidered her legacy. Applying his knowledge of the label’s original designs and technical drawing, Herbert helped to seed the future Cologne collection with heritage pieces such as the eponymous Herbert chair. Together with the Laden table and Union Sofa, which Selldorf conceived and have proved fundamental to her practice, the shape of Vica by Annabelle Selldorf had emerged, a new company with a storied past for modern design based in New York.